A Brown Bag Talk with Melissa Criscuolo “The Write Kind of Change: Literature as Social Activism” 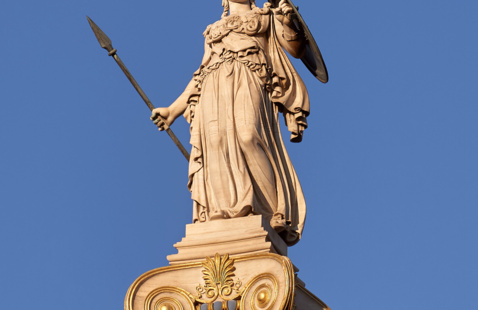 Mark your calendars for our November Brown Bag talk on November 8 at 2pm! Melissa Criscuolo will be presenting a draft of her upcoming conference presentation for NEMLA: “The Write Kind of Change: Literature as Social Activism.”

This paper seeks to illustrate how writers have been using literature as a means of social change and activism since the ancient Greeks. Beginning with Aristophanes’ Lysistrata, this will highlight the changing ideas towards women and war. Moving forward, Henrik Ibsen’s works will be examined through the lens of realism and naturalism, with theater as a way to force society to view the ugly parts of reality and make a change. Claude McKay and a few other Harlem Renaissance writers will showcase how writing became a call to arms, specifically for racial and political change in America, and ending with mid-century writers like Ray Bradbury and George Orwell, whose forward thinking works from the 1940s and 50s have eerily forecasted how life would or could be in rather dystopian (yet accurate) ways. My hypothesis is that while writing has not always been used as a means for change, it often works that way, even if the intent of the writer was not.