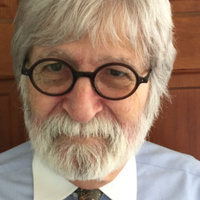 In April 1898, American Mutoscope — one of the earliest American film companies, released a half-reel short of thenAssistant Secretary of the Navy Theodore Roosevelt. Over the next two decades, T.R. would appear on the silver screen in more than 100 films — both as himself and a fictional character. Ever since, American presidents have popped up as characters in motion pictures. The eight films in this course center around eight different presidents. Some of the films are truthful attempts at biography; others put a specific time, event or character trait in the cinematic crosshairs. Following Dr. Stone’s introduction, each film will be shown in its entirety and then dissected and discussed, with an eye towards separating the wheat of reality from the chaff of cinema.