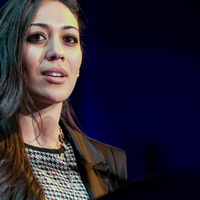 An Evening with Hoda Hawa of the Muslim Public Affairs Council

Hoda Hawa oversees MPAC’s strategic initiatives in government and policy by engaging those circles at the highest levels and developing an active constituency around policy. Hoda has written and spoken on subjects ranging from international religious freedom and national security to free expression and bullying. She has been featured on BBC, Al Hurra TV, Fox News, MSNBC, Voice of America, NPR and C-SPAN. Hoda spoke at the first-ever groundbreaking event at the White House honoring and highlighting the contributions of American Muslim women during Women’s History Month. She was a speaker at the U.S. Institute for Peace panel discussion “Religion, Violence and Coexistence” with Ambassador-at-Large Suzan Johnson Cook. Hoda writes frequently on issues that affect Americans domestically and internationally, with a particular emphasis on those that impact American Muslims. She also has experience in dialogue development groups, interfaith activities, and conflict resolution. Hoda has a B.A. in Political Science from George Washington University with a concentration on international affairs and the Middle East and a Master’s in Ethics, Peace, and Global Affairs focusing on Islam, ethics, and conflict resolution from American University’s School of International Service.

For additional information about this event, contact Dr. Kelly J. Shannon at shannonk@fau.edu