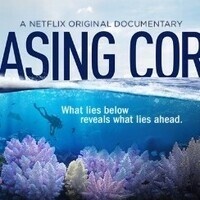 The Jupiter Library will be hosting a film screening of Chasing Coral. The film follows a team of divers, photographers and scientists out to photograph the elusive process of coral bleaching, a phenomenon happening at an unprecedented rate around the world from warming ocean temperatures. The film took 3.5 years to make, features 500 hours of underwater footage, and submissions from over 30 countries.