Double Danger? Homosexual Jews in the Clutches of the Nazi Police 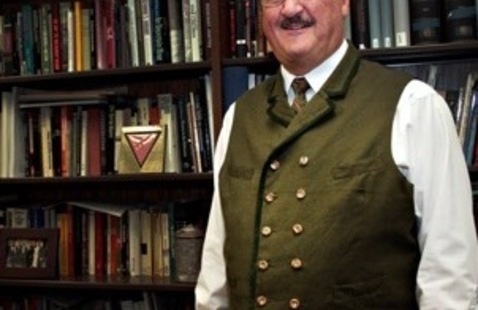 Culture and Society, CU 301 View map Free Event
Add to calendar
Save to Google Calendar Save to iCal Save to Outlook

There are many examples of Jews being accused of all sorts of crimes by the Nazis during the Third Reich, but no attention has been given to those Jews brought before the courts on charges under §175 of the criminal code, relating to homosexual offenses. This presentation looks particularly at such men arrested during the Second World War. Given the rapid introduction of harsh, restrictive and punitive measures against the Jewish population of Germany in general, and Himmler’s escalating witch-hunt against suspected homosexuals after 1936, one would expect summary justice in such cases. One might even surmise that Jews charged with homosexual offenses would be sent straight to Dachau, without bothering the justice system. The scenario of the cases Berlin was rather more complex. In fact, the state prosecutor and the courts often spent a considerable amount of time, assessing individuals, and not always agreeing with the characterization or the ‘facts’ presented by the Gestapo. The prison sentences handed down were not always lengthy. After serving out the sentence, some were immediately seized by the police and transferred to a concentration camp, outside the judicial system; but a few were actually set free. This presentation will examine why such a surprising turn of events occurred in this and other cases.  Most of these men were eventually deported to a death camp a couple of years later, but simply because they were Jews, and with no reference to their criminal record. The evidence revealed in these cases sheds new light on the interaction of Party and government agencies in the Third Reich, as well as the surprising differentiation of various degrees of sexual offenses. Even for Jews, it seemed important to the authorities to establish whether they were genuinely homosexual or not.