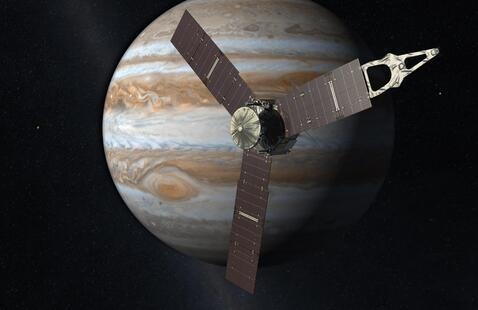 fau astronomical observatory, 434 View map
Add to calendar
Save to Google Calendar Save to iCal Save to Outlook

https://cescos.fau.edu/observatory/observatory.html#Jup2022PerihOpp
View map
Add to calendar
Save to Google Calendar Save to iCal Save to Outlook

Presentations about Jupiter, its moons and Juno, the next planetary probe mission to Jupiter, plus observations of the Jupiter system!

This year's opposition occurs in September, which lines up with the part of Jupiter's orbit when it reaches its "perihelion" or the closest position in its orbit to the Sun.

This means that we won't be as close again to the great planet for another 12 years!

The views are already quite large now, even its moons look like little balls instead of just dots in the scope.

But the 26th is the start of the work and school week, and its moons will appear far to its sides and hard to take it all in. However on Friday the 23rd (not much difference in distance then), its moon Io will cross in front of it over the course of the evening (so you can witness celestial mechanics for yourself!) AND we'll be treated to Jupiter's famous Great Red Spot, an anticyclonic storm bigger than the Earth that has swirled upon its surface for over 350 years now!

The presentation that will talk about Jupiter and its moons, will lead into a discussion about the Formation of the Solar System and the problems with the formation theory, discuss some of the newer exciting theories coming around, including the new theorized planet nine that lurks far off in the solar system and almost in the Oort cloud and finally talk about NASA's Juno spacecraft, which may help not only answer some of these questions but even give us more clues about the formation of our own home planet.

So you are welcome to come to the Observatory to celebrate and observe the planet at its perihelion opposition with us, while pondering some of the astronomical mysteries, such as how did our planets come to exist, that are connected with the event. This invitation is open to anyone from FAU, the community, their friends and family to come and enjoy.

After all, it is all of our universe, too!

What is even better is improving conditions. The weather forecast as of last night was “40% chance of rain starting at 8 pm”. As of this morning, that has cleared away until after 3 am! So conditions should be as good as we could hope for!