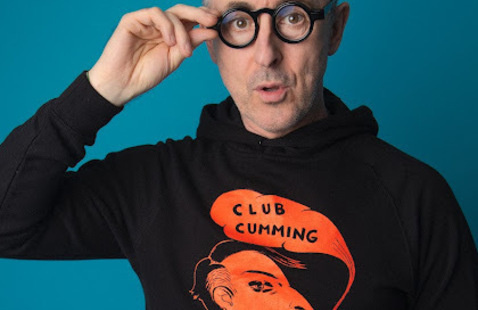 http://www.fauevents.com
View map
Add to calendar
Save to Google Calendar Save to iCal Save to Outlook

The first panel will start at 10 a.m. with Imani Perry, Ph.D., author of “South to America.” The session will be moderated by Leigh Haber, Oprah’s Book Club editor. Perry is the Hughes-Rogers Professor of African American Studies at Princeton University. Her other books include “Looking for Lorraine: The Radiant and Radical Life of Lorraine Hansberry,” winner of the 2019 Bograd-Weld Biography Prize from the Pen America Foundation, and “Breathe: A Letter to My Sons;” “Vexy Thing: On Gender and Liberation;” and “May We Forever Stand: A History of the Black National Anthem.” Perry, a native of Birmingham, Alabama, who grew up in Cambridge, Massachusetts, and Chicago, lives outside Philadelphia with her two sons.

Isabel Wilkerson called “On South to America” ‘an elegant meditation on the complexities of the American South—and thus of America—by an esteemed daughter of the South and one of the great intellectuals of our time. An inspiration.’

Douglas Stuart, Booker Prize-winning author of “Shuggie Bain” called “Baggage” ‘an intimate look at the making of a man, an actor, an advocate—and most importantly—a happy human being. A wonderful book that is funny, honest, fearless, and generous in its vulnerability.’

There will be a lunch break from noon to 1. Lunch is available for purchase with tickets prior to the event. Lunch will not be for sale at the event.

At 1:15, Graff, will talk about his newly released “Watergate: A New History.” The session will be moderated by Mark Thompson, former CEO of The New York Times. Graff is a distinguished journalist and bestselling historian and he has spent more than a dozen years covering politics, technology and national security. Today, he serves as the director of cyber initiatives for The Aspen Institute and is a contributor to WIRED, CNN, and POLITICO. He’s written for publications from Esquire to Rolling Stone to The New York Times, and edited two of Washington’s most prestigious magazines, Washingtonian and POLITICO Magazine. Graff is the author of multiple books, including The Threat Matrix, the national bestseller Raven Rock, and the New York Times bestseller The Only Plane in the Sky.

Finally, at 2:30 p.m. Oliver Stone will discuss “Chasing the Light.” The session will be moderated by Screenwriter Allan Loeb. This intimate memoir by the controversial and outspoken, Oscar-winning director and screenwriter, is about his complicated New York childhood, volunteering for combat, and his struggles and triumphs in film making. Stone is the multiple Oscar-winning writer and director of “Platoon,” “JFK,” “Born on the Fourth of July,” “Natural Born Killer,” “Midnight Express,” and many other films