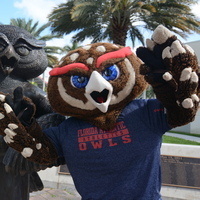 Description:
The suicide of a loved one can have a profound and sometimes devastating impact on those left behind, called suicide survivors. Bereavement after suicide may entail high levels of disorientation, guilt, regret, anger, shame, and trauma. Survivors sometimes also find their relationships with other people changed, as they struggle with the social stigma often placed on suicide, and the altered family relationships that have been changed by the feelings of guilt, blame, and failure that suicide may engender. Survivors may also be at risk for elevated rates of complicated grief and future suicidality themselves. All of this makes surviving the suicide of a loved one a potentially life-transforming ordeal that requires a level of support that goes beyond traditional grief counseling. Yet very few mental health training programs devote any time to training clinicians about the challenging work of suicide postvention – helping survivors cope with the tragic loss.

This workshop will provide a focused overview of the impact of suicide on survivors, and the clinical and support responses that are needed after a suicide occurs. The workshop will include didactic presentation, group discussion, case examples from the presenter’s practice, and video clips from grief therapy sessions. Topics to be covered will include:

Educational Goals:
At the end of this workshop, participants will be able to:

Offer a working definition of a suicide survivor Identify at least five common themes in the impact of suicide on survivors List tasks of psychological re-integration after suicide Describe several options for intervention with survivors Describe three categories of clinical technique with survivors.

John (Jack) Jordan is a licensed psychologist in private practice in Wellesley, MA, and Pawtucket, RI, U.S.A., where he specializes in working with loss and bereavement. He was also the Founder and the Director until 2007 of the Family Loss Project, a research and clinical practice providing services for bereaved families. He has specialized in work with survivors of suicide and other losses for more than 35 years. As a Fellow in Thanatology from the Association for Death Education and Counseling (ADEC), Jack maintains an active practice in grief counseling for individuals and couples. He has run support groups for bereaved parents, young widows & widowers, and suicide survivors, with the latter running for over 13 years.

Jack is the Clinical Consultant for Grief Support Services of the Samaritans in Boston, where he is helping to develop innovative outreach and support programs for suicide survivors. In 2011, Jack was the co-recipient of the Leaders in Suicide Prevention Award from the Massachusetts Coalition for Suicide Prevention for his work with the Grief Support Services at the Samaritans. Jack is also the Professional Advisor to the Loss and Bereavement Council of the American Foundation for Suicide Prevention (AFSP). He is co-chair of the Survivors of Suicide Loss Task Force of the National Action Alliance for Suicide Prevention, where he is helping to write new national guidelines for suicide postvention in the United States. In 2006 Jack was invited to become a member of the International Workgroup on Death, Dying, and Bereavement, and was the recipient of the ADEC 2006 Research Recognition Award. Jack has also been involved in several research projects on the needs of people grieving after a suicide, and in 2004 received research funding from AFSP.

For over 30 years, Jack has provided training nationally and internationally for therapists, healthcare professionals, and clergy through PESI Healthcare/CMI Education, the American Foundation for Suicide Prevention, and as an independent speaker. He has also helped to organize and lead dozens of healing workshops for suicide survivors. Jack has published over 50 clinical and research articles, chapters, and full books in the areas of bereavement after suicide, support group models, the integration of research and practice in thanatology, and loss in family and larger social systems. He has published in professional journals such as Omega, Death Studies, Suicide and Life-Threatening Behavior, Psychiatric Annals, Crisis, Grief Matters, and Family Process. He is the co-author, with Bob Baugher, of After Suicide Loss: Coping with Your Grief, a self-published book on suicide bereavement for surviving friends and family that will soon be available in a second edition. He is the co-editor, with John McIntosh, of the book Grief After Suicide: Coping with the Consequences and Caring for the Survivors (Routledge, 2011), a professional book on the impact of suicide and interventions to help suicide survivors. He is also the co-author with William Feigelman, John McIntosh, and Beverly Feigelman, of Devastating Losses: How Parents Cope With the Death of a Child to Suicide or Drugs (Springer, 2012), a book on the results of the largest study ever conducted of bereaved parents who have lost a child to suicide, drug overdose, accident, and natural causes. He is also the co-editor of the forthcoming Attachment Informed Grief Therapy – The Clinician’s Guide to Foundations and Applications (Routledge, 2015).

Please use this link to register: https://fau.radiusbycampusmgmt.com/ssc/aform/N8lT3Fx7SA70x67f4R3I.ssc