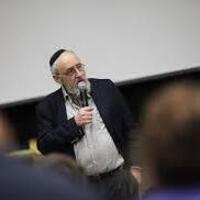 Polak, a child-survivor of the Westerbork and Bergen-Belsen concentration camps, is the Chief Justice of the Rabbinical Court of Massachusetts, and an Associate Professor of Health Law at the Boston University School of Public Health. He has published extensively in the fields of both medical ethics and Jewish law.

His memoir, “After the Holocaust the Bells Still Ring,” won the prestigious National Jewish Book Award and is used regularly in college and high school courses on the Holocaust. Critics have described the book as what Anne Frank might have written, had she lived a few months longer.

The event is sponsored by Alan Berger, Raddock Eminent Scholar Chair of Holocaust Studies and director of the Study for the enter of Values and Violence after Auschwitz.