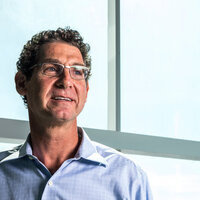 FAU English professor Andrew Furman will read from his new novel, Goldens Are Here (Green Writers Press, 2018) as part of the National Day on Writing, co-sponsored by the University Center for Excellence in Writing.  Furman has also published the memoirs Bitten: My Unexpected Love Affair With Florida (UP of Florida, 2014), named a Finalist for the ASLE Environmental Book Award, and My Lost Angeles In Black and (Almost) White (Syracuse UP, 2010).  He also published the novel Alligators May Be Present (2005) and several books of literary criticism, particularly on Jewish-American fiction.  His essays and stories have appeared in such publications as Oxford American, The Southern Review, Ecotone, Poets & Writers, The Chronicle of Higher Education, Agni Online, Terrain.org, and The Florida Review.  More here: andrewfurmanwriter.com