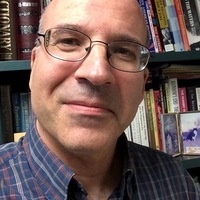 THIS EVENT HAS BEEN CANCELED DUE TO COVID-19 CONCERNS. IT WILL BE RESCHEDULED FOR THE 2020-2021 ACADEMIC YEAR.

The Chastain-Johnston Middle Eastern Studies lecture series presents a guest lecture by Professor Salim Yaqub from the University of California, Santa Barbara. In the 1970s, soaring oil prices provided huge revenues to oil producing Arab countries, which, together with private Arab companies and individuals, invested billions of dollars in the U.S. economy. The influx of Arab petodollars drew mixed reactions from Americans. Some feared that wealthy Arabs were “buying up America” and gaining control over the nation’s political, economic, educational, and cultural institutions. Others welcomed Arab investment as a boon to the U.S. economy and to global stability. Petrodollars also played a key role in Arab American history. Demeaning portrayals of oil-rich Arabs in media and government discourse—reaching a crescendo in the FBI’s “Abscam” sting opererations of 1978–1980—goaded Arab Americans to adopt more organized methods of combating anti-Arab stereotypes. Salim Yaqub draws on his book, Imperfect Strangers: Americans, Arabs, and U.S.–Middle East Relations in the 1970s, to explore the complex legacy of Arab petrodollars in American life.

A Q&A with the audience will follow Prof. Yaqub's lecture.

Salim Yaqub is Professor of History at the University of California, Santa Barbara, and Director of UCSB’s Center for Cold War Studies and International History. He is the author of Containing Arab Nationalism: The Eisenhower Doctrine and the Middle East (University of North Carolina, 2004) and of several articles and book chapters on the history of U.S. foreign relations, the international politics of the Middle East, and Arab American political activism. His second book, Imperfect Strangers: Americans, Arabs, and U.S.-Middle East Relations in the 1970s, was published by Cornell University Press in 2016. Yaqub is now writing a post-1945 history of the United States for Cambridge University Press.

This event is free and open to the public.

free and open to the public