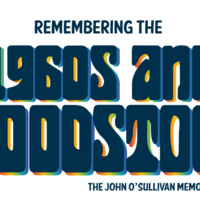 Remembering the 1960s and Woodstock.

Florida Atlantic University’s Department of History presents “The John O’ Sullivan Memorial Concert: Remembering the 1960s and Woodstock.” The concert will take place on Wednesday, Oct. 16 at 7 p.m. in the Kaye Auditorium in FAU’s Student Union, 777 Glades Road, Boca Raton campus. Tickets are $20 and can be purchased at www.fauevents.com or by calling 561-297-6124.  FAU students, faculty, staff and alumni tickets are free with ID; and Osher Lifelong Learning patrons’ tickets are $15.

As we approach the 50-year anniversary of the Woodstock Music Festival in upstate New York that attracted close to 500,000 people, FAU celebrates the music of the 60s. Commercial music students Jayla Thompson, Stephanie Pankewich, and Sam Miller (and band) will recreate the festival with songs like “Blowin in the Wind,” “If I Had a Hammer,” and “Both Sides Now.” Narrative on the culture of the times, how it was impacted by the war in Vietnam, the Civil Rights Movement, feminism and more, will be provided by FAU professor Kelly Shannon.

The mission of the John O’Sullivan Memorial Lectureship has been to provide students, secondary school teachers, faculty members and public guests with exposure to a distinguished historian whose lecture/presentation broadens and deepens understanding of the major thematic and conceptual aspects of 20th century American history relevant to O’Sullivan’s specialties. Over the years, FAU has hosted scholars of World War II, the Vietnam War, the Nuclear Age, the Holocaust, modern American culture, and 20th century political and diplomatic affairs.