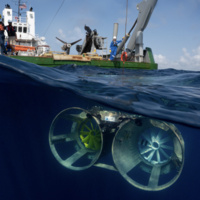 Research in Action: Can Florida be a Global Leader in Renewables?

The Southeast National Marine Renewable Energy Center (SNMREC) at FAU works to stand up a new industry to recover energy from the oceans' resources.

Join Gabriel Alsenas as he talks about SNMREC’s leadership role in the U.S.’s push to diversify its power generation portfolio.

Topics include:
• What is marine energy?
• More than ten years of marine energy development in the U.S. – where are we now?
• The birth of a marine energy clean tech-based industry cluster in Florida